Since I returned to work full time last year, finding some way of occupying the kids for the part of the holiday where I’m not able to use some annual leave has been a bit of a mission. Not helped at all by the closure of our usual go-to holiday playscheme.

When we heard about Fit For Sport, Seb was very keen on the idea. Being 7 this summer he wasn’t at all keen on the idea of being farmed off to the local nursery to sit around with ‘a load of little kids’, and the promise of ‘multi-sports, games, arts and crafts’ was far more appealing.

(‘Well maybe not too much the arts and crafts’ he said ‘but perhaps there will be dodgeball? And swimming?’)

What do Fit For Sport offer?

So we booked Seb in, and waited to see what it would be like. He was a bit nervous as he’s never been to this type of holiday club before, and he’s always had his sister with him before too (with her birthday being in late August, she unfortunately wasn’t able to go along with him this time as she was only eligible for half days). 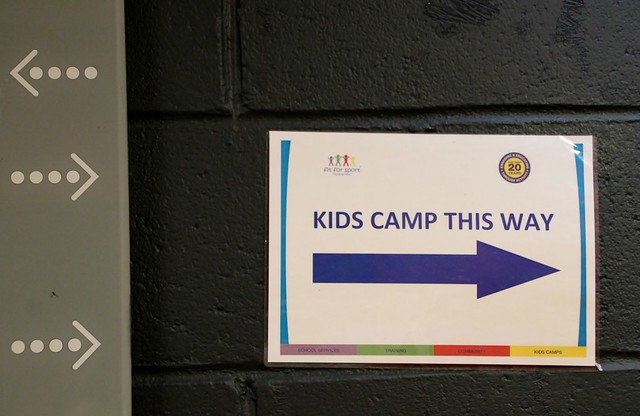 No reason to worry though – when we arrived he was greeted by the friendly staff who made him feel welcome straight away. I had to fill out a form to ensure they had all the correct info  about how to contact me, and Seb got a green wristband to wear which had a unique number on it. It was explained that I could pass this number on to someone else if I needed them to pick Seb up for me for any reason. That’s something we’ve never had before and I think it’s a really good system – Seb seemed quite reassured by it too, and also just generally loved his bright green wristband (it’s Minecraft coloured so of course, that’s a good thing).

Swimming with Fit For Sport

We were also told that there would be swimming every day – he was very pleased about that – and I’d been told in advance that he’d need a packed lunch and a couple of extra healthy snacks, plus a water bottle that the staff would help him to refill throughout the day. The staff checked with me how far he could swim and if I was happy for him to go into swimming, to make sure that he would be supervised and supported according to his swimming ability.

By the time I’d filled everything out he was already off and playing a game with the other children in the hall, so I left for work happy that he was having fun. 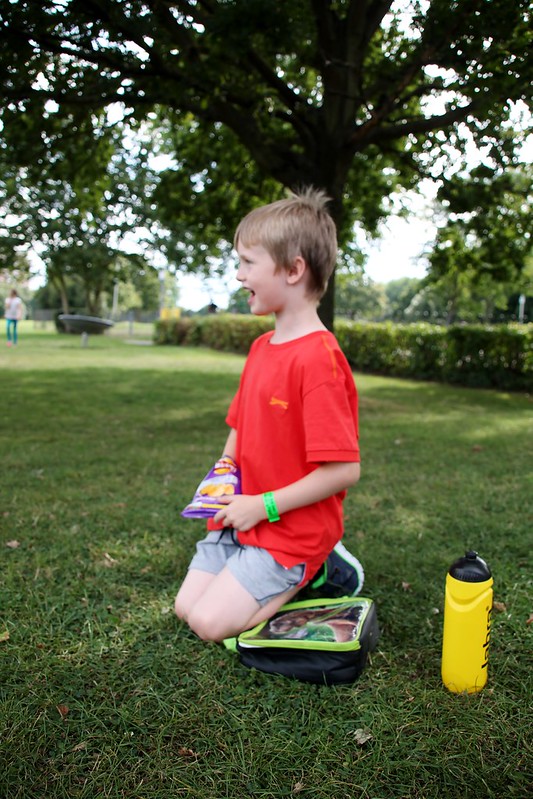 When I came to pick him up he was full of beans and very excited about everything they’d done that day – the swimming, the dodgeball, the park for lunch… (Hornchurch Sports Centre is set in the grounds of Harrow Lodge Park which is a really lovely open space and also has a great playground right next to the Centre itself). 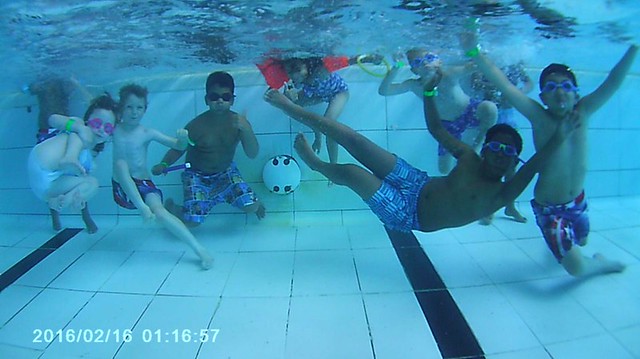 On the next day, interested to find out more about what he would be up to, I took a look at the daily planner… 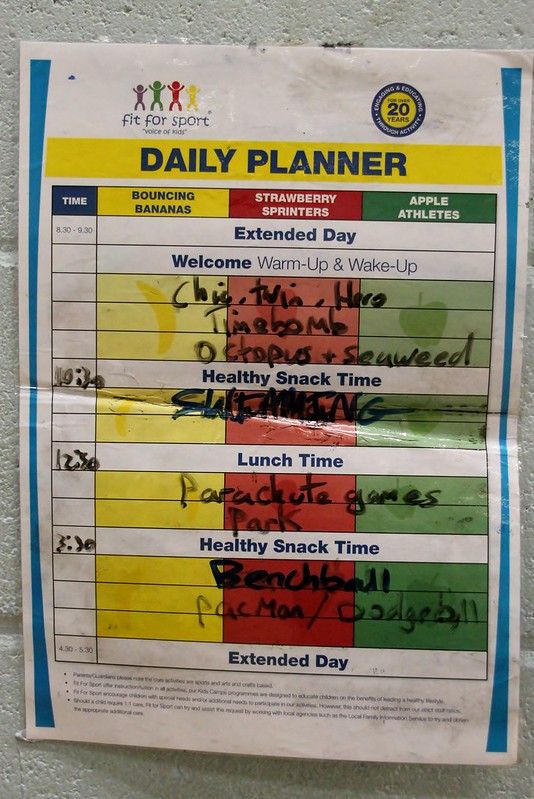 As you can see, it’s pretty full on! Certainly no chance for the kids to be bored, and I have absolutely no idea what some of those games even are but Seb tells me they were a lot of fun… I did ask what would happen if he wasn’t keen on taking part in a particular game, because there are no options, just whatever is down on the schedule. It turns out that there’s no obligation for the kids to take part if they don’t want to – they can sit and do arts and crafts instead if they prefer (Seb didn’t, no surprise there!). 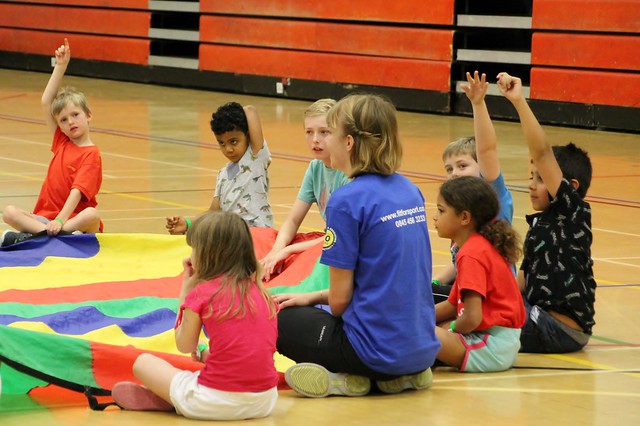 When I picked him up, a PacMan game was in full swing and it was brilliant to watch – the ‘players’ had to keep to the lines marked out on the sports floor (badminton, tennis, football pitches etc), one person was PacMan and went around clapping their hands together and the others were all ‘ghosts’…and if PacMan caught one of them then they became a PacMan too, until there were only a few kids left desperately trying to escape all the PacMen running around. Despite it being close to the end of the day, everyone was still full of enthusiasm and energy, including the leaders, which was gratifying to see. 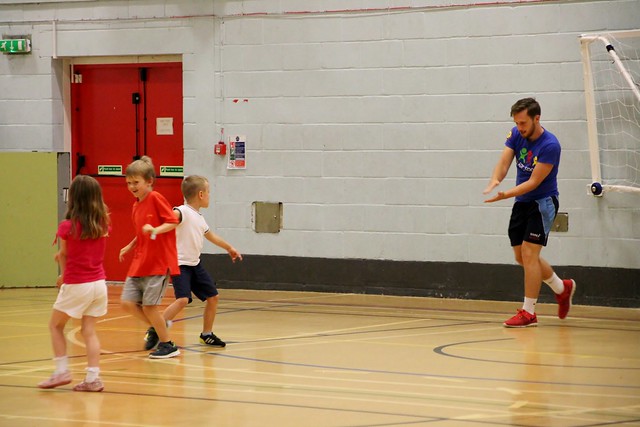 By the end of the week, Seb was thoroughly worn out, but thoroughly happy too. He’d had the opportunity to practice his swimming every day – which paid off in the form of being upgraded to the next level group for his weekly swimming lessons – and even got to try diving, which he enthusiastically exclaimed to me was ‘the best thing of all’. 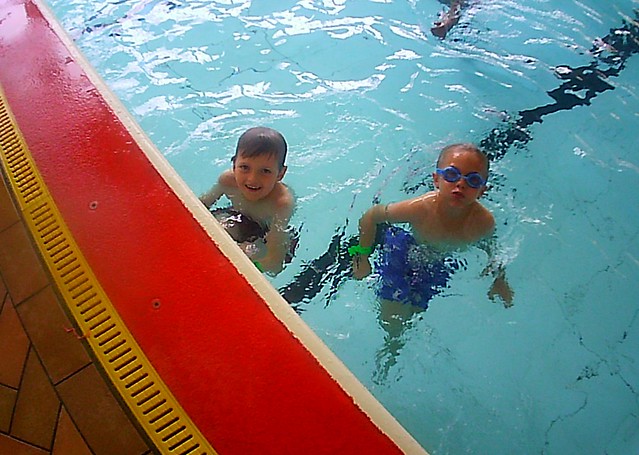 At £34 for an extended day (and discounts available for booking early), with less expensive options available for standard days or half days, it’s definitely an affordable way to keep the kids occupied and happy during the school holidays – and as a bonus they’ll be so worn out that they go to bed and sleep really well too (well, Seb certainly did…). Booking is easy through the online system, and the customer service team can be contacted via telephone and were very helpful when I had queries about our booking.

He’s begged to go back again in half term, and from my perspective, I’m very happy to let him – this time D will be going with him too! She’ll only just be 5 but I’m confident that she will love it just as much as he has 🙂

Thank you to everyone at Fit For Sport for helping Seb to have such an amazing summer 🙂 We’ll see you again in October!