This week, the last week of the first half term of school, has been a week of more opportunities to spend time with the kids – I had some flexi leave to watch the bigger two in their harvest festival, finished early for parents evening, and then on the Friday, the Other Half and I went together to pick all three of them up from school and nursery. We were meant to be going on holiday but the Other Half has now had to save his annual leave for Christmas – we didn’t realise until just now that the nursery shuts down for two weeks at the end of December and so the plan of the two eldest going to holiday club, alongside the normal routine for Little B, was thwarted. So instead of jumping in the car and heading off up the motorway, we jumped in the car and headed off to Zizzi’s instead!

I do have some lovely photos of Seb from harvest festival, but I’m pretty sure they’re not meant to be shared on social media so I can’t use any of them for Living Arrows as I would have liked to. However, it was lovely to see the kids all get stuck in to painting their haunted halloween house from Hobbycraft that I picked up after work this week – because we aren’t off on holiday as planned we have let them invite a couple of friends each for a halloween get together next weekend, and they are full of excitement preparing for that: 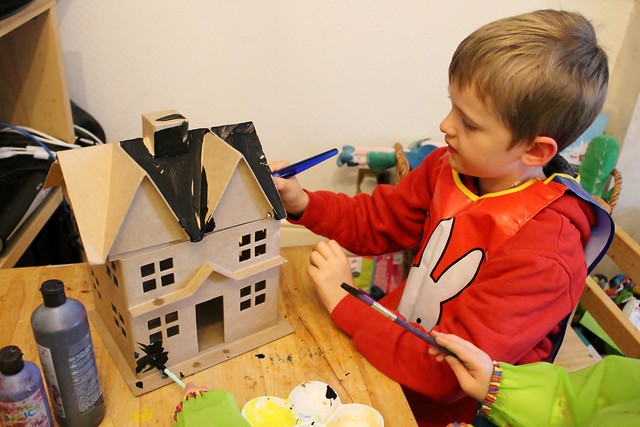 D loves painting, and was very pleased to receive a ‘paint your own Elsa’ for her birthday which was set aside, buried for a while and has now resurfaced as we try and get on top of tidying the house. I was pretty amazed at how well she managed to do it, she has moved on dramatically since the last time we gave painting a go: 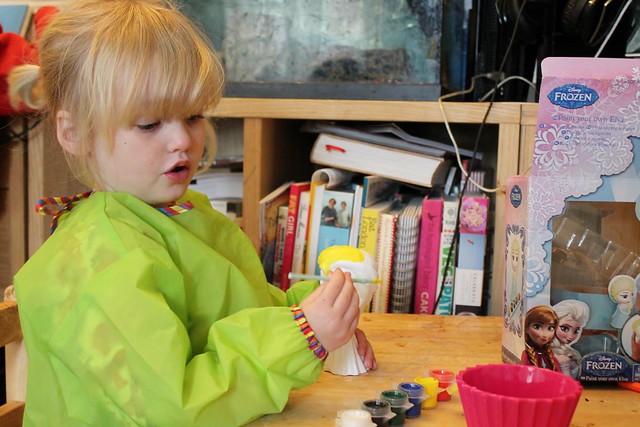 And Little B has spent the week mostly trying to get her hands on things to eat that aren’t exactly healthy. On thursday I let her get on with it as we were trying to listen to the teachers at parents evening – and she was very happy to stuff her face with an oreo! 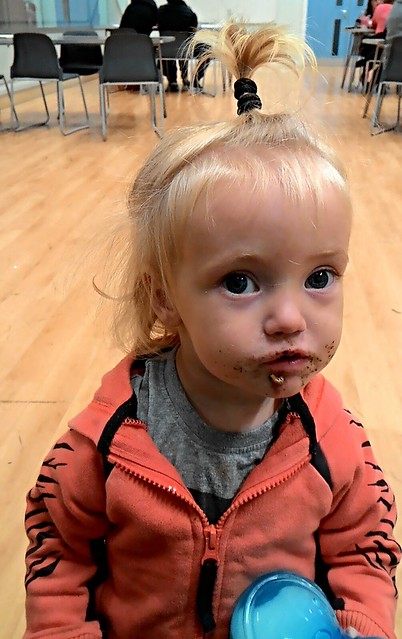