So a camping party – which Seb declared is what he would really like for his birthday – is a whole other monster of an idea. Especially since he was keen it should include a bouncy castle!

My immediate reaction was NO WAY. But then…a sneaky little worm of creativity started working it’s way through my brain…and before I knew it I was googling ‘local campsite’ ‘campfire’ ‘loads of kids’ and ‘bouncy castle’ ().

The main things I figured I needed were:

And as luck would have it, I actually found a campsite locally that allowed fires, had toilets, offered space for a large tent and was also open to the idea of us plugging in a bouncy castle!

And then, having discussed the idea with the parents of Seb’s closest friends, it turned out that they were in fact happy for us to watch over their children in a field all night.

And then, I found a Kyham Ridgi-Pod tent (which has add-on bedroom pods that allow it to become up to about a 12 man size) on eBay for a reasonable price…and so somehow it all came together.

The tent was put up: 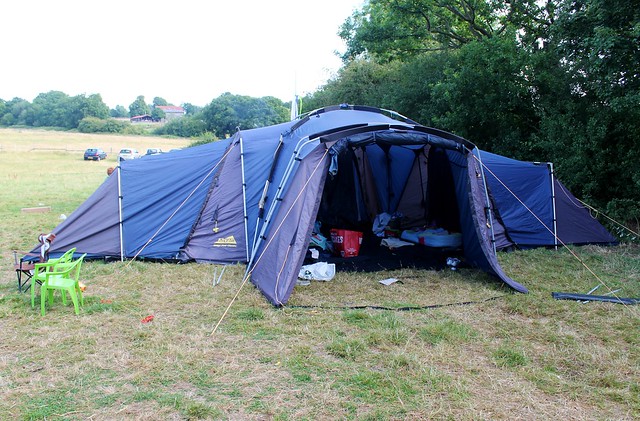 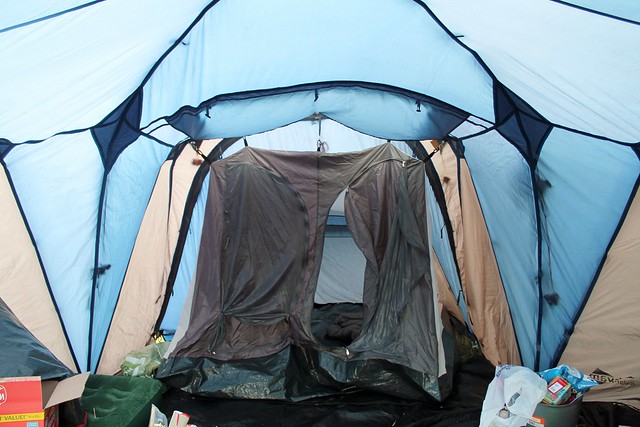 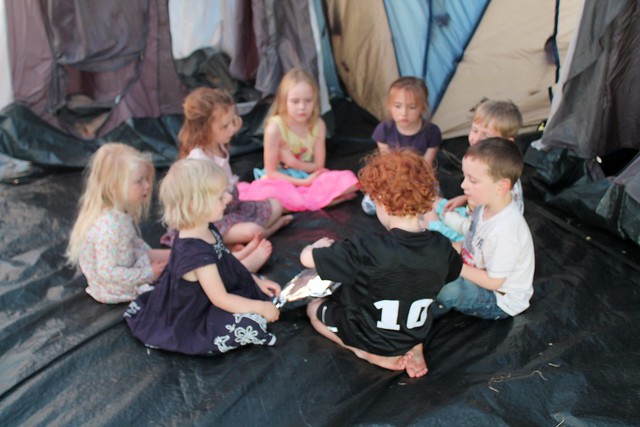 Pass the parcel was played: 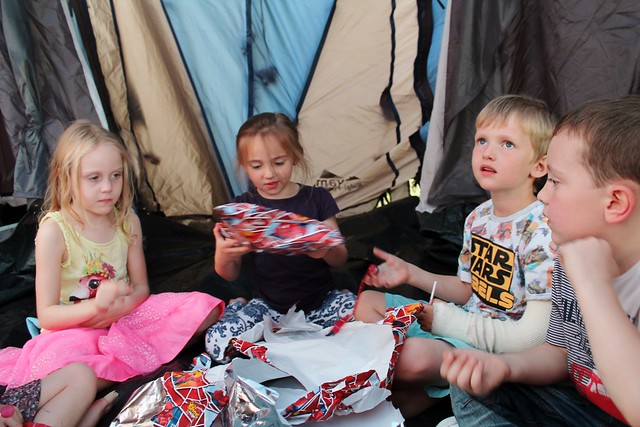 The kids bounced (we bought a BeBop bouncy castle from Toyzworld, which seems like it should be a good investment as D wants one at her party too, and no doubt all parties going forward for a while…): 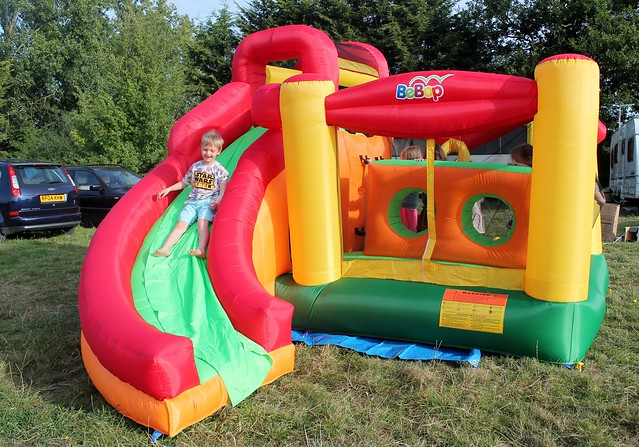 Hot dogs and corn cobs were cooked and eaten: 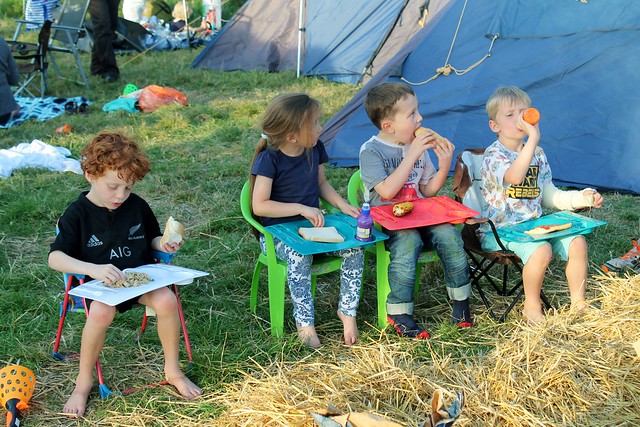 The cake was brought out: 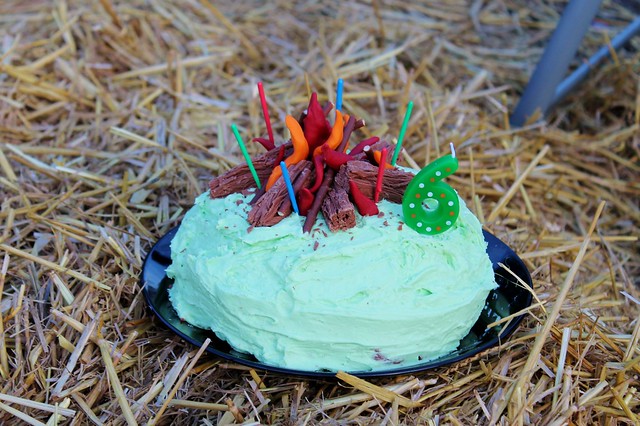 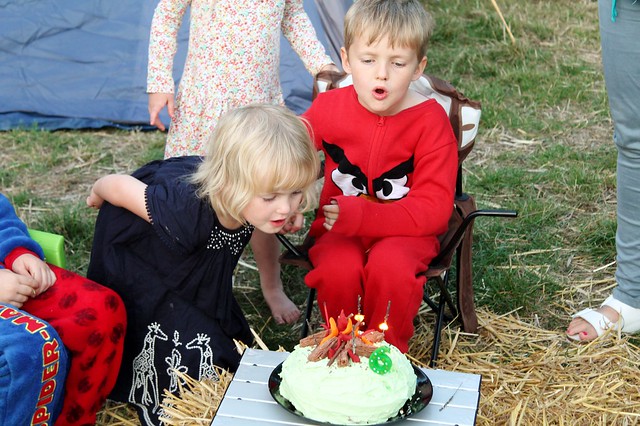 The fire was made… 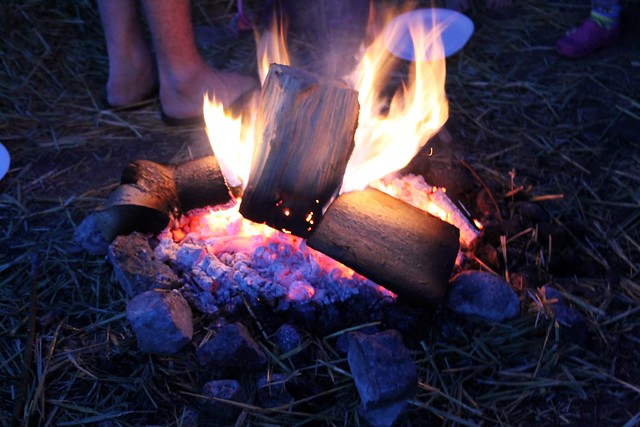 and marshmallows were roasted: 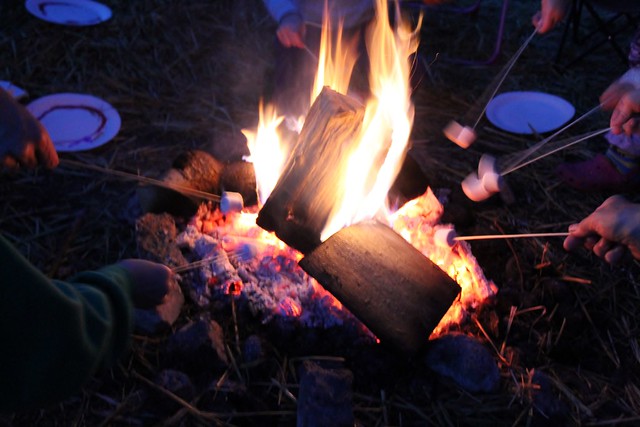 And then it was bedtime: 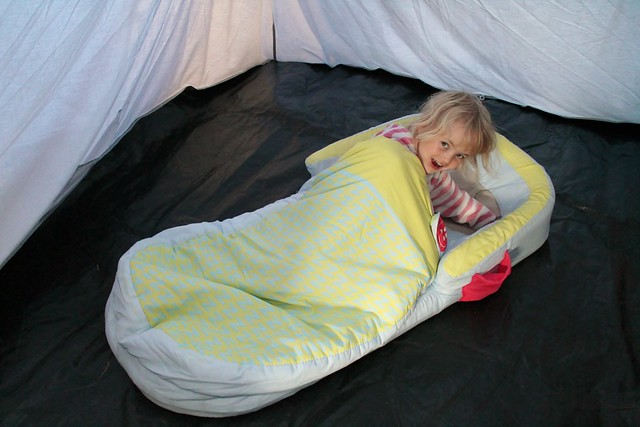 The kids were all so worn out that they fell asleep pretty quickly. We also had some evening visitors that stayed until late and then drove home for the evening – it was lovely that they could enjoy the experience and the campfire with us.

In the morning (following an exciting fox-intruder incident) the kids were all happy and full of fun and games before parents started arriving to take their worn–out-but-happy campers home. 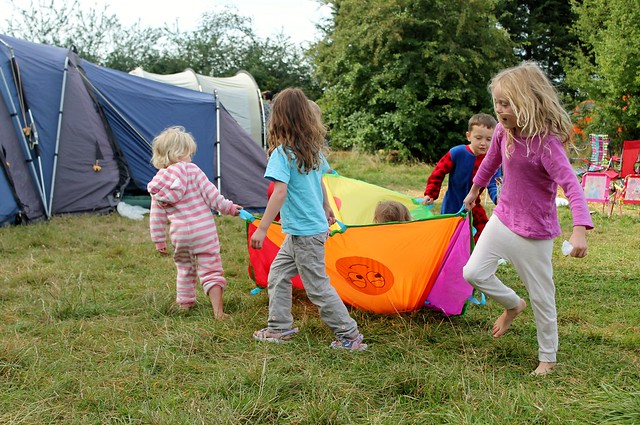 It turned out the fox was a shoe-thief, and we spent quite a bit of time checking under bushes for one of Seb’s missing shoes until we finally found it hidden away (there were a few other campers hunting down their shoes too). After a brief word with the campsite owner, it turns out the fox is pretty notorious on the site – we will know if we come again to keep our shoes safely stashed away!

Instead of party bags, we gave each child a ‘camping sack’ as they arrived – a canvas drawstring backpack with a water bottle, torch, snack and food tray (an awesome tray with cutlery stored inside it that I found in Poundland) so that they would all have a few camping basics that they could reuse again…hopefully! As it turns out, everyone had so much fun that we are hoping to have a big camping get together again next year too…so we may well be flying the flag for Camp Sebastian again 🙂 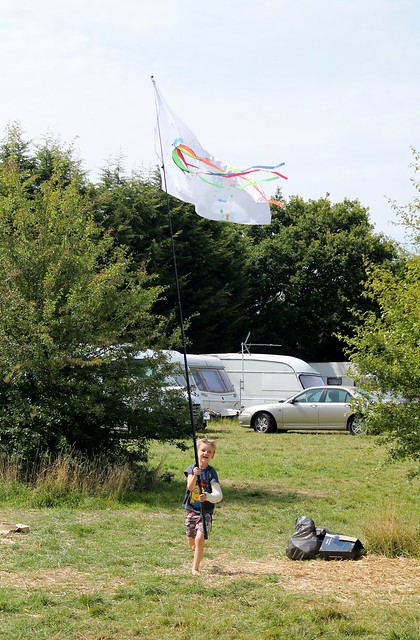