When I first started to think about eight photos that for me, represented happiness, I was overwhelmed with ideas. Then I realised that although I might remember certain moments, there aren’t necessarily photos of them that I have access to. Plus the fact that a lot of photos are hidden away on various dead computers languishing under the stairs.

Pretty similar to Laura from Mummy Lala really, who tagged me to think about all that in the first place. And that happened because one day, Ariel’s Little Corner of the Internet set the whole thing in motion…

So here are the ones I could come up with, that I have photos of, that I could find!: 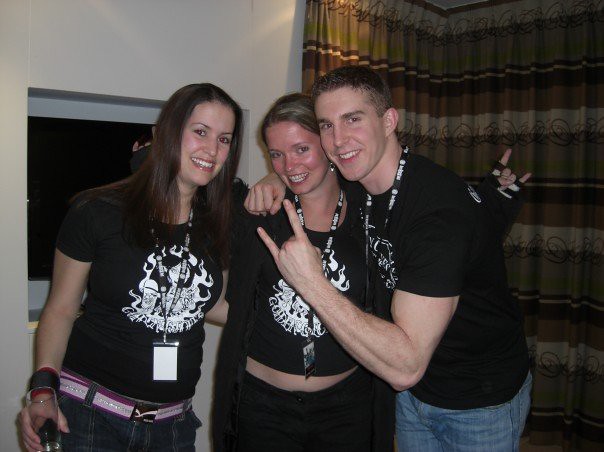 1. Back when we were kids, I spent quite a lot of time with my sister. We were pretty close, I think. Then came uni, and house moves, and boyfriends and all the stuff and things that meant we didn’t get to see so much of each other any more. So this photo is special because it’s from the happy time we spent at Hard Rock Hell in Butlins, wearing the somewhat skimpy t-shirts that we got when we went on holiday together a couple of years earlier, staying in the same apartment and catching up with each other. We forgot to go to the supermarket and mostly ate smoked cheese and some kind of sausage all weekend. Also, it was the night we were drunkenly introduced to Iggle Piggle at 3am – I didn’t think then that two years later down the line we might be getting to know him a lot more intimately with the arrival of the Wee Man! 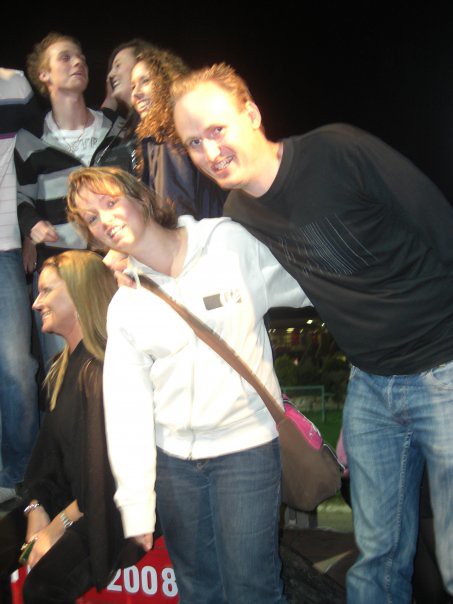 2. The last night of Walthamstow Dogs. A sad thing, and yet also happy because everyone came together and had fun. Plus, I was with the Other Half – one of our early date nights and probably around the time that I started thinking that actually, I’d quite like it if he was in my life for a lot longer… 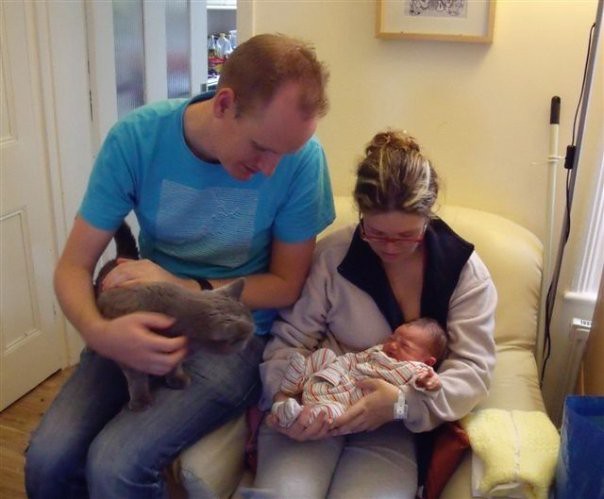 3. …which is lucky, because then this happened, a year later! Bringing our Wee Man home from hospital was such a happy moment (and also a bit of a scary one). I was also happy that he got to meet Mister, our cat, even though he doesn’t remember it – because 6 weeks later Mister was gone. 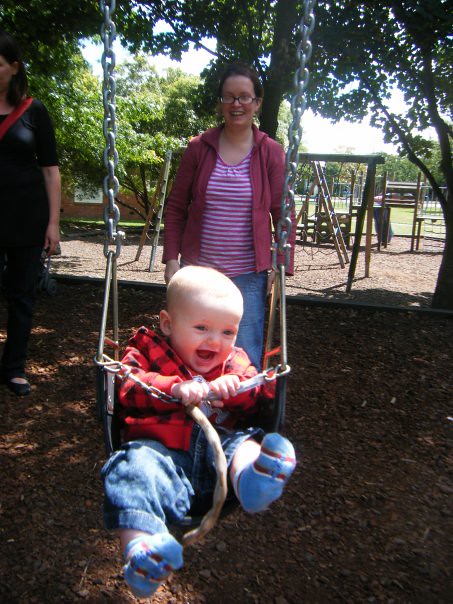 4. This happy moment is the first time I really saw Seb absolutely ecstatic. We were visiting New Zealand to introduce him to the Kiwi side of the family, and he had his first go in a swing (the swings in NZ are less ‘holey’ so we weren’t so worried about him falling out!). I think it was really the first moment that I realised what joy there was going to be to come as he got older and discovered more about the world. 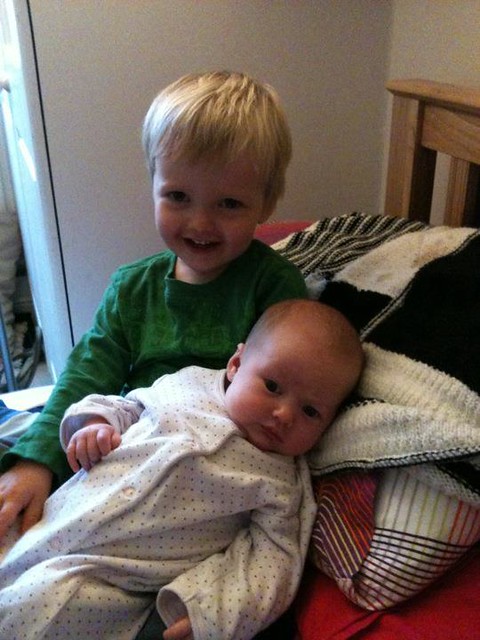 5. Two years later he got a sister to share the joy with – and we were happy again. I love this picture because I remember how proud he was to hold on to his little sister; even though they often fight these days he is still always there for her when she needs him, and vice versa. 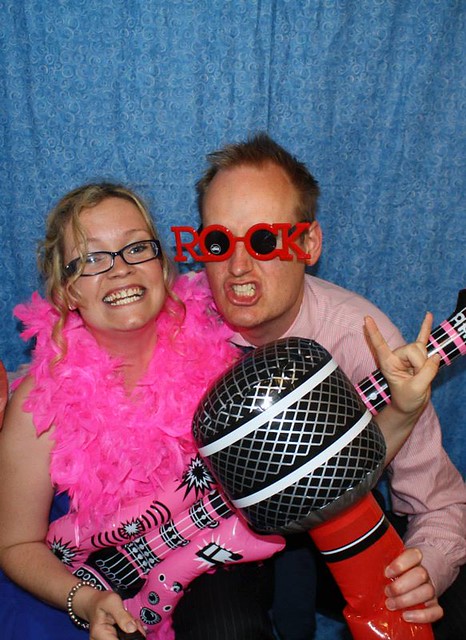 6. THE WEDDING. As in, the only one that has happened so far in our immediate family. Auntie Tooie and Uncle C finally got it together and in between the sweetie bar, the garden games, the glow sticks and the getting to stay in a hotel room it all came together as one our favourite family times to talk about – and also included a rare few moments of the Other Half and I really getting to let our hair down! (although I did not ACTUALLY let my hair down, because in another rare moment, it actually looked amazingly swirly and sparkly and cool at that point). 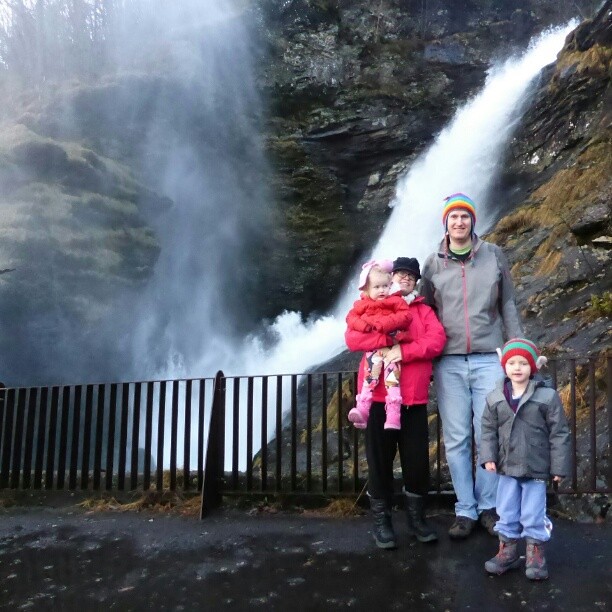 7. Then there was our first holiday abroad that Seb really remembers. It is special to us because that’s when we got to experience through the eyes of a child the wonder of discovering that a world exists outside your own limited frame of reference. He was intrigued by Norway – the different houses, the language, the coldness and the landscape. Plus we invented the ‘bats’ game whenever we went through the (very long) tunnels in the car – something that we still play now although in England it is ‘magpies’.

8. Finally, this is the moment where I sat, on my birthday, covered in kids, and realised that I couldn’t be happier. Little B arriving has made our family complete and although there are the days that I am struggling to stay awake, the times where they are all screeching or squealing or screaming and I want to shut myself in a room with earplugs, and the all-too-frequent occasions where the thing that I put down somewhere isn’t there any more, I wouldn’t change it for the world. Having the opportunity to watch them grow and learn and find their own moments of happiness is the thing that really makes me feel happy too.

Anyway, that’s enough about me. Over to you, NinjaKillerCat, Plastic Rosaries, Red Rose Mummy and LittleLifeofScrap – what would your eight moments be?

Rules and explanation of this tag:

12 Responses to "Eight Photos of Happiness"