The Other Half and I have been to Disneyland Paris (or DLP as it is known in short-speak) a few times between us, but never before with all three kids in tow. 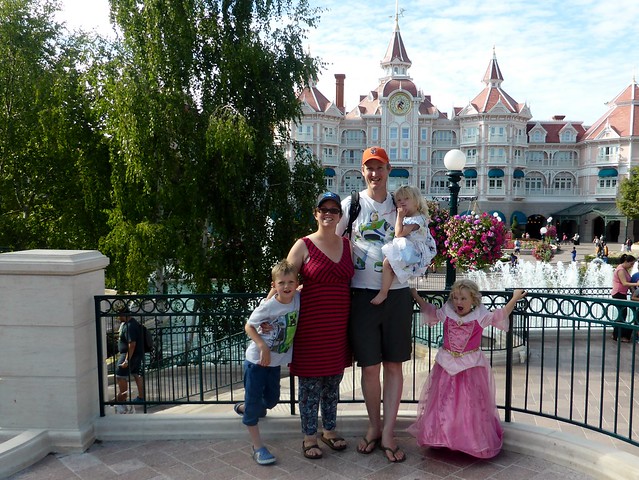 With all of them at very different ages and heights, we did a lot of careful planning before we went to make sure that we all got what we wanted out of the trip.

Here are our top tips for making DLP a fun filled adventure for everyone:

1. Driving there is easier than you might think. This can be a lot less stressful than the Eurostar option, which means not having a car with you, and also restricts what you can carry – particularly if you have a toddler and a pushchair to contend with as well as luggage. Driving, via the Eurotunnel or the ferry, takes only three hours or so once you reach Calais and it’s pretty much all on the same motorway, so no worrying about getting lost or forgetting to drive the ‘wrong’ way around roundabouts. The toll fare is about 22 euros. Parking is expensive at DLP itself (20 euros a day) but if you are staying in a hotel, they usually have free parking available and the Disney Resort hotels offer free parking at DLP itself too, if you want to drive there instead of getting the free shuttle buses thatoperate between all the local hotels.

2. Staying in a Disney Resort Hotel or Partner Hotel is not as expensive as you might imagine. Even with us requiring a room that would sleep five of us, it was still a lot cheaper than I was expecting (400 euros for 3 days). For that we got a two bedroom unit at the Alonquin Explorers Hotel which slept six, with themed bunk beds for the kids and a nice comfortable double for the adults. The hotel had great facilities too – a fantastic waterpark which was open between 8am and 10.30pm, a soft play, a pirate ship to explore and a couple of food outlets with reasonably priced pizza available – that was a big hit! Inspired by our own hotel, I looked up prices for Little B’s birthday next year and was amazed to find we could visit again for about 900 euros all in – that included a Disney Resort Hotel and tickets to enter both parks too (with extra magic hours, yay! – that’s where you get to go into DLP two hours before everyone else and enjoy shorter waiting times for rides and experiences). 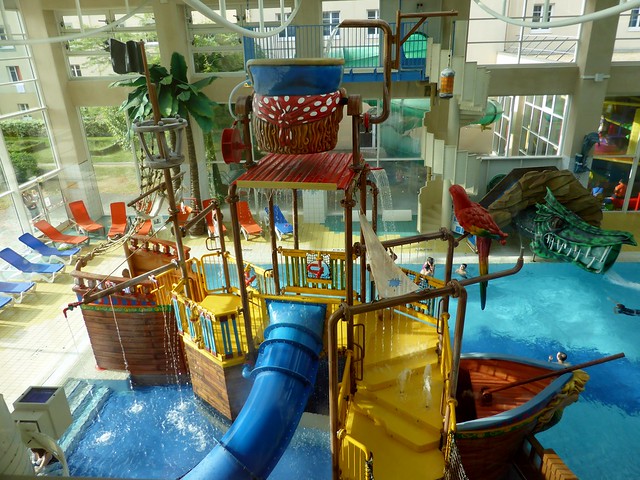 3. Visit outside French school holiday times. We timed our visit carefully to coincide with the French schools starting back again, and both Parks were noticeably quieter – even without a Fastpass we didn’t queue longer than 30 minutes for anything. 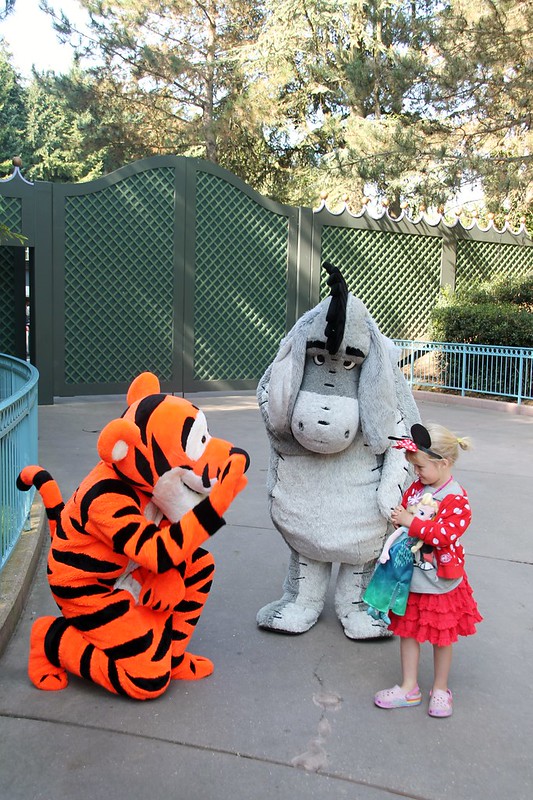 4. Use your Fastpass wisely. The Fastpass is included as a part of the ticket and can be used for both Walt Disney Studios and Disneyland Park at the same time. So for instance, if you want to go on Ratatouille (the Fastpass runs out for that within about 30 minutes of the park opening, in our experience) you can get a Fastpass for that which will probably be sometime in the afternoon, and then go to Disneyland Park and get another Fastpass there for one of the more popular rides – Peter Pan was one of our Fastpass favourites there.

5. Make use of the ‘Rider Swap’ system. This means that if you have a child with you that is too small to go on a particular ride / is too scared to go on a certain ride, then one parent can accompany older children and the second parent can then immediately swap with them when they exit and go on the ride straight away. We used this system with Crush’s Coaster and it meant that both of us could have a go on it without having to queue up twice – the Other Half got to take Little B somewhere else to have fun while we were queuing too. 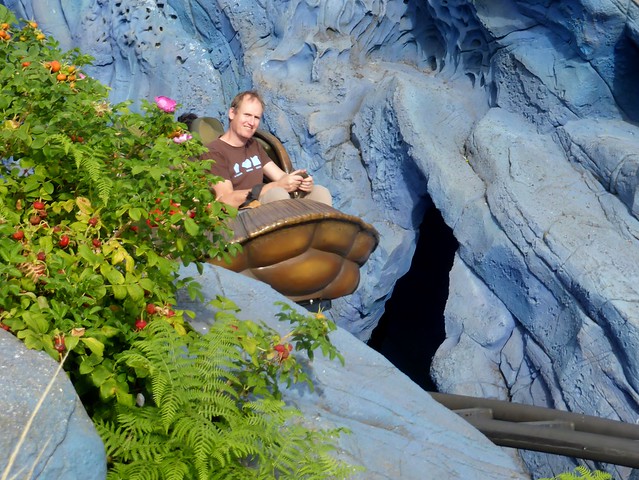 6. Get there early. The opening times are when the rides actually start operating, but you can queue up to get in at 9.30 and be ready in line for when 10 o’clock arrives. This is particularly useful for rides such as Crush’s Coaster, which the kids really wanted to go on but which has no Fastpass option available and generally had queuing times of around 90 minutes as a minimum while we were there this time.

7. Take a pushchair with you, and a pushchair lock, if you have little ones five or under. Walking between the Parks, or just from one side of a single Park to the other, is a pretty big trek for little legs and you’ll find they get tired easily. It’s possible to hire strollers for 20 euros but they don’t recline so if you have a sleepy child they might find it quite uncomfortable. The older models have a built in buggy step but the newer ones take a single rider only, which again makes taking your own pushchair with a buggy board attached a better option if you have two or more little ones that might need a bit of a rest. There are plenty of places to leave your pushchair whilst on rides or in experiences, and it’s worth locking your pushchair too as they do sometimes ‘go missing’ otherwise – we found one dumped outside our hotel that had been ‘borrowed’ one of the nights we were there. 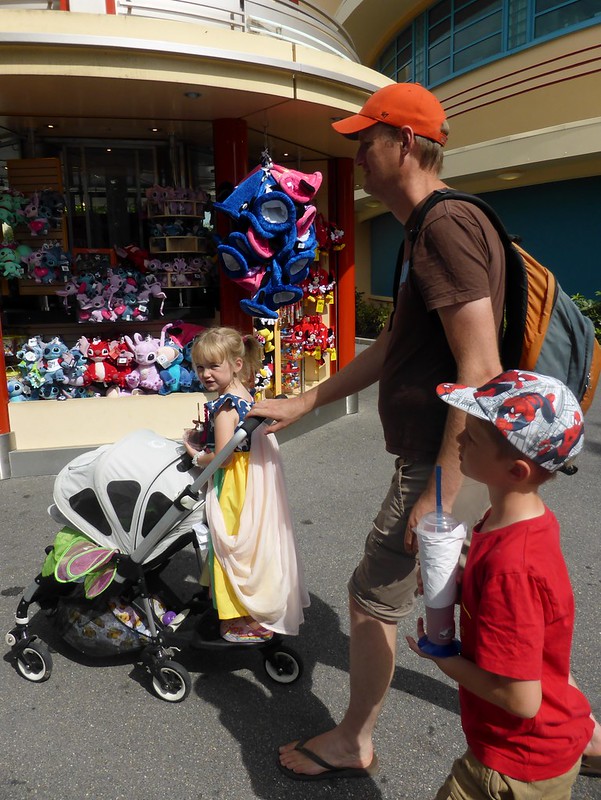 8. Boat based rides are a good option if you want a family friendly ride with a queue that moves quickly.

Because they don’t have seatbelts to check and each boat can take quite a number of people at a time, they load quickly and leave quickly, meaning that the wait will be far less. ‘It’s a Small World’ is a classic that the whole family will love (and you’ll have the song stuck in your head for weeks afterwards too…), Pirates of the Caribbean is a bit scary for very little ones – it says in the guide that it has ‘small waterfalls’ but these are actually log-flume-like plunges that take place inside dark tunnels – Little B (who is 2.5) was very put out by that and told us off for taking her on it for about an hour afterwards.

9. You can’t take picnics in with you, but you CAN take snacks. There are some reasonably priced places to eat, but many of them have very long, slow queues and you’ll be looking at a minimum of about 30 euros to feed a family of four. At ‘normal’ mealtimes they get very, very, busy so if you can, take some snacks and drinks in with you (there is a great Auchan supermarket available nearby at Marne La Vallee shopping park with a wide range of food available that will really help with not blowing the budget) and then eat after 3pm to avoid the heavy queuing.

10. Plan to sit around a bit in a strategic location if you want a good view of the Parade and Disney Dreams. We like to turn up and sit on the kerbside for the parade, along Main Street. Getting there a minimum of 45 minutes early will guarantee a good spot usually and the Cast Members keep everyone occupied with a bit of fun and games until the parade (which starts by It’s a Small World in Fantasyland) arrives. For Disney Dreams, crowds start building up about an hour beforehand. If you can, find a spot to wait where there are railings in front of you, somewhere in the plaza at the end of Main Street. Most areas around there will provide a really good view. If you stand too close to the castle, it’s harder to see all the projections and fireworks in detail. 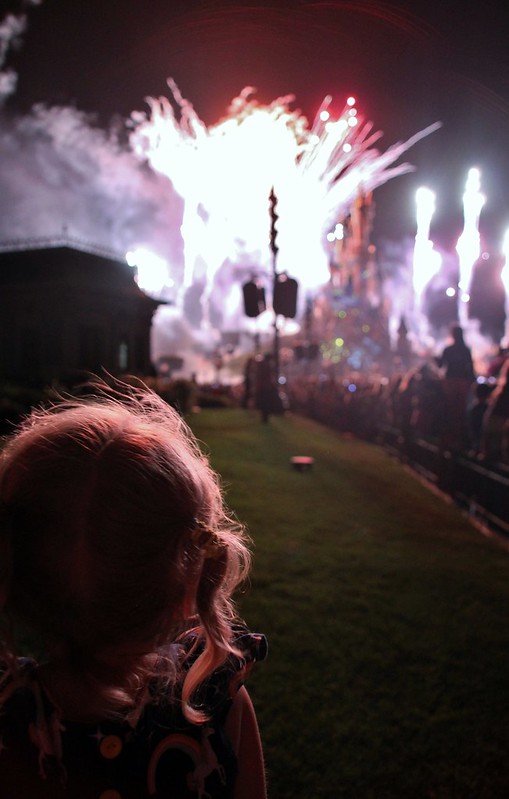 We all had an amazing amount of fun, and the kids can’t wait to come back again!

Have you been to Disneyland Paris? What would be your top tips? 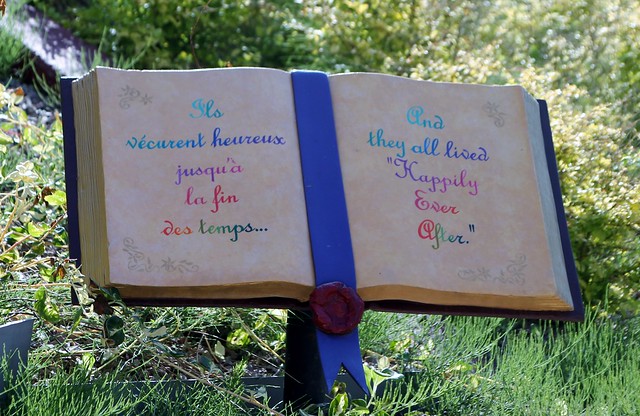