It was the last two days of a three year work contract for me last week, and so the Other Half was on annual leave looking after the kids while I went into the office. It still hasn’t quite hit me that those three years are over and I won’t be having to stand on a crowded commuter train again for a while! But it did mean that there was a different kind of holidayish feel to the last part of half term, where I was responsible for providing fun for three small children. I especially wanted to have a nice week with them because I’ve been a bit of a grumpy bear lately, what with job applications and interviews and trying to get everything tied up where I was working too.

We managed to pack in a fair few activities, some at home just spending time together doing craft but also a couple of days out too. The one that sticks in my mind, and that the kids are still talking about now excitedly asking when we can go back, is our visit to the Superworm Trail at Thames Chase Forest Centre.

With lots of different things to explore and three different levels of activity for each part of the trail, there was something that each one of them could get involved in and enjoy doing. Little B was thoroughly happy crawling around getting filthy with a big grin on her face, and Seb and D very much got into all the challenges.

But I think my favourite bit was seeing them all working together, pretending to be caterpillars carrying sticks and leaves on their backs! 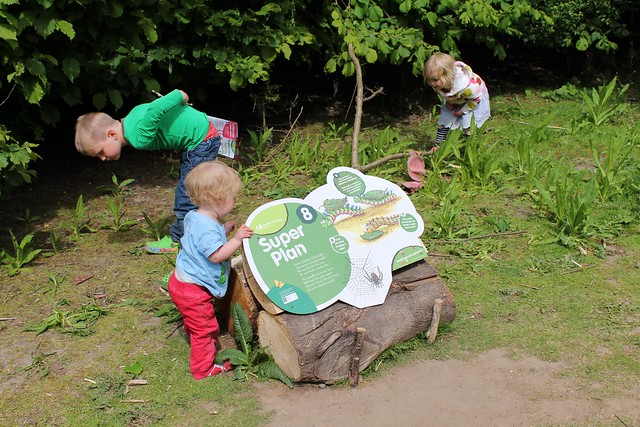