The Zombie Apocalypse has many pitfalls…

But other than those rather major things, I got to thinking about the little trappings of everyday modern existence I’d miss. Stuff that is largely inconsequential in the grand escaping-death-on-a-daily-basis scheme of things. Off the top of my head, they would be:

No electricity = none of my current music collection being playable. In fact, after we had a wireless fail for a couple of days this week, I realised that I don’t actually have anything I can play if there is no internet. Streaming services are all well and good, but only if you can actually stream. Then I had a brainwave – what about a gramaphone? I’m pretty sure they’re wind up! But…somewhat limited by the fact they’re a bit heavy and also way down the priority list of things to lug around. Also I think they’re quite noisy…a bit like music in general. Which brings me to the second problem with music – it makes noise. Something which pretty much every zombie book, film and other representation of the likely consequences of zombie takeover seems to suggest is a BAD IDEA if you want to live.

So I need to come up with something quiet, portable, and unreliant on electricity. And possibly something that is also multi-purpose, so it can be used as a weapon or a means of food preparation or something, that I can make music with myself. Actually an oboe seems like it could be fairly vicious, given the right custom built pointy protective case. Can you play an oboe quietly? Otherwise…I think its kazoo time.

I don’t know how to appropriately butcher pigs.

I don’t know how to make flour, or yeast. I DO know how to make bread, but that’s a bit useless without an oven, or the correct ingredients. I did learn how to mill flour on our holiday in the Lake District last year, but that needs a lot of large, heavy equipment and, given it was last year I’m not totally convinced I still remember exactly how it works. 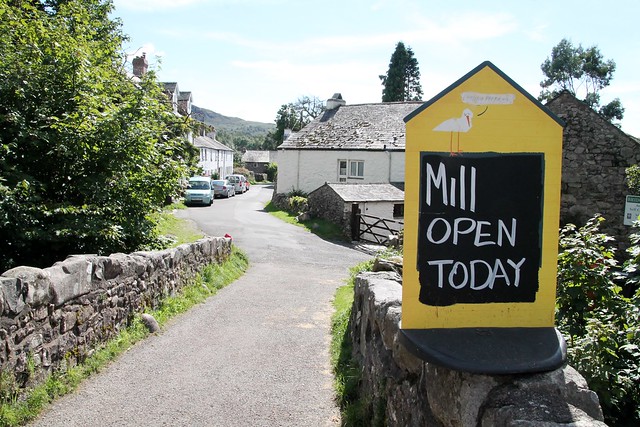 And I’m pretty sure there will be many things more important than figuring those things out.

That’s before we even get round to thinking about brown sauce, which is probably more resistant to the ravages of time but also really only useful if you DO have bacon sandwiches to use it with.

Not that such things actually exist in this house, but you know when you go to a hotel, or someone else’s house where they actually do the ironing thing? Well, that is the best feeling – getting into pyjamas, sliding into the sheets and *ah*… relaxxxxx……

Relaxing sleep in the zombie apocalypse… is that at all likely, whatever sheets you use?

I’m guessing, even in the scenario where I somehow had solar panels, a house that was aweseomely defended and a containing a room with a perfectly sized bath in it, a long hot bath is still rather unlikely. Mainly due to the precious nature of water, the frivolity of bathing, and the folly of wasting electricity to heat the precious water. Not going to happen.

One of our favourite things is seeing the pizza bike coming down the road, loaded up with a stuffed crust Texas BBQ and garlic and herb dip. All pizza bikes will be repurposed as zombie escape machines and most likely end up rusting in ditches all over the place. None of them will contain pizza. The dips will be stolen by feral cats.

So basically, all I need is a fortified soundproofed solar panelled stronghold with its own well, innovative pumping system, farm, mill, press, and pizza oven at an appropriate distance to require a delivery service, and I’m all set to be frivolous and fancy free.

What would you miss in the zombie apocalypse?

One Response to "The Zombie Apocalypse: frivolous things I’d miss"